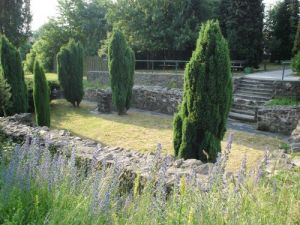 At the turn of the 16th and 17th centuries Lutheran thoughts from neighboring Saxony began to penetrate into the tomb. The Protestants used the so-called Rudolf's Majesty from 1609 and the Protestant church built a Catholic manor in 1614. There was a dispute with the Church's authority, which ended in 1617 with the burning and demolition of the church. This event served Protestant states as a strong argument for the start of the Czech uprising, which triggered the Thirty Years' War. The remains of this church were found and uncovered in 1913.